The suffering of Afghan women and girls cannot be ignored 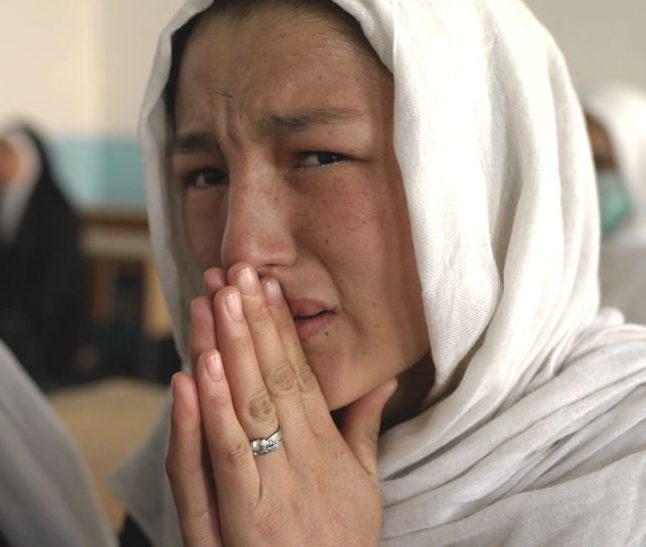 After several months of depriving girls an education the Taliban announced the ban would be lifted. The girls of Afghanistan were ecstatic to return to school. They entered their class rooms in their school uniform, with their backpacks and books ready to learn. Then the unthinkable happened, a cruel reversal was announced only a few hours into their first day back. The girls were told to leave and that they are not welcome anymore, with the Taliban using “school uniform issues” as their excuse.

The outrage caused by the Taliban’s reversal has struck Afghan society like a lightning rod, with sporadic street protests now occurring in Afghan cities. These protests have now expanded to include protesting the wider restrictions women and girls face among society. Crying in frustration, one protester in Kabul said: “I want our generation to be free and to flourish, not just to shed tears at home.”

The Taliban perceives protests against their policies as a threat to their rule which is based on their twisted version of Sharia law. Taliban have a track record of brutally shutting them down using death threats, beatings and in some tragic cases the systematic raping and murdering of outspoken women activists. This is well documented in the northern city of Mazar-i-Sharif and we can assume it happens in other areas too. One female teacher attending a recent protest told the BBC: “When it comes to standing up for freedom and the girls who want to go to school, I’m willing to die.”

Today the Taliban expanded the restrictions on women by releasing more gender segregation policies for the public to adhere to, such as having male only days and female only days for visiting a park. The male guardianship policies are also being applied to more broadly. Taliban religious police frequently check taxis for unaccompanied women and enjoy giving out punishments to any they find. A doctor in Ghazni even said they declined to treat two female patients who showed up at the hospital because they weren’t being accompanied with a male.

We cannot forget the humans rights abuses or the bravery of women and girls standing up for their freedom. Now more than ever local and international journalists must focus their efforts on exposing the cruelty of the Taliban.

How quickly we forgot Afghanistan - while those who stood by our side are still hunted, tortured and murdered. This is the legacy of the worst commanders in the history of the US military & the most dishonest leaders this country has ever seen.

Last month the NRF released captured Taliban fighters and told them to return to their families.

Today the Taliban have captured a group of NRF and are committing brutal extrajudicial killings.

Two clear choices for Afghanistan: NRF and hope or Taliban and fear. #Panjshir

This is the Taliban executing NRF captives in Panjshir province. This remind me of what ISIS did in 2014 in Iraq and Syria.